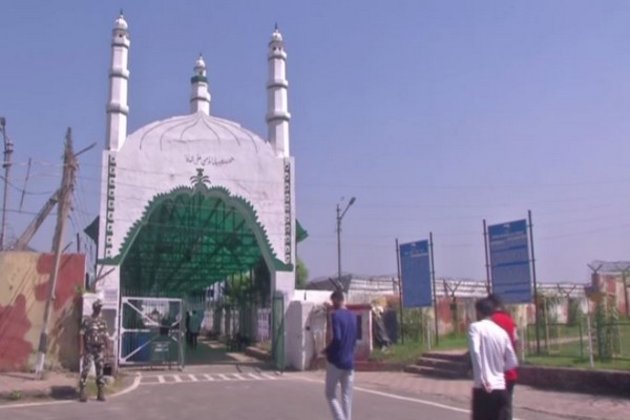 Jammu (Jammu and Kashmir) [India], September 19 (ANI): The Dargah of Peer Budhan Ali Shah, which is popularly known as Peer Baba, is a perfect example of communal harmony in Jammu and Kashmir where people seek blessings irrespective of their faiths.

According to the beliefs of the locals, offering prayers in the shrine keeps one safe and away from mishaps and evil spirits. The shrine is located on the outskirts of the city at a distance of about 8 kilometres towards the aerodrome at Satwari.

It is believed that Peer Baba was born at Talwandi in Punjab, and another shrine of him is located at Anandpur Sahib in Punjab. In spite of being a Muslim saint, the Baba has more Hindu and Sikh devotees, particularly on Thursdays, than worshipers from the Muslim faith.

Thousands of visitors attend the Ziyarat at Dargah of Peer baba on the occasion of annual Urs which takes place on the first Thursday of Ashad. Another Urs is held in the middle of Pousha. Both events attract a large number of devotees from far-off places.

While speaking to ANI, Imam Sahab said, "This is a very old Dargah and is known to be 500 years. People from all faiths come here. If a child or animals used to get ill, Baba used to give them something and they used to recover. There were no troubles in this area. We hope this harmony stays here forever and we wish development in the country and hope that coronavirus and other problems eradicate."He added that people come here in harmony and that there is no discrimination of any form as all are treated equally. People offer their prayers, make wishes and prepare langar here.

"This is next to the airport and it was very small at that time. An officer ordered the demolition of the shrine as it obstructed the runway. To everyone's surprise, difficulties began to surface and they failed to demolish this place. The planes that took off from the runway developed some or the other problems for which there was no specific reason. Later, the idea was dropped," said Imam Sahab while narrating a belief.

"The devotees believe that if they make a wish at the Dargah, it will come true. "I came here for the first time ... my mother believes in Peer Baba and so I visited the Dargah. It is said that all your wishes get fulfilled when you come here," said Najma, a devotee.

Rajinder Pal Singh, another devotee said, "I have been coming here for the past 10 years ... I find peace when I come here. People from different communities can come here irrespective of their religious faiths.""I have been coming here for the past 4 to 5 years. Baba is worshipped by everyone here, be it Hindu, Sikh, Muslim or Christian. There is absolute peace and harmony here," said Sanjeev Kumar.

As per religious belief, Peer Baba was a dear friend of Guru Gobind Singh and lived till the age of 500 years and earned a lot of love and respect from the people of Jammu and Kashmir. (ANI)