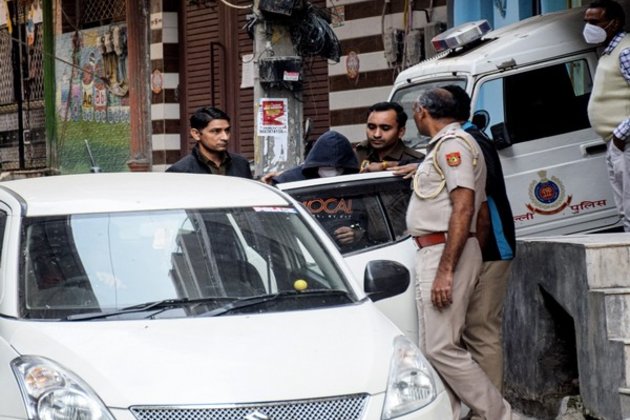 Mumbai (Maharashtra) [India], November 22 (ANI): Aaftab Poonawala, the accused in the murder of his live-in partner Shraddha Walker had shifted belongings from his flat in Maharashtra's Vasai flat to Delhi this June in order to give an impression that his girlfriend had left him and he needed all the household essentials, Delhi Police said on Tuesday.

According to the Delhi Police, it was part of "Aaftab's plan" after he allegedly strangled Shraddha in May this year and chopped her up into multiple parts and preserved them in a refrigerator before disposing them over several days.

Delhi Police said that Aaftab was attempting to portray that Shraddha had left him and had also taken away with her all household items.

In order to show that he required all those essential items he hired a movers and packers company to transport his belongings from his flat in the Vasai area of Palghar to Delhi's Chhattarpur area.

"After killing Shraddha in May, as a part of his plan, Aaftab made an online booking with a travel company in June and transported around 37 boxes of belongings to his residence in Delhi's Chhatarpur area. He did this to have a fool-proof plan to save himself if the situation so arose," a police official said.

Police further said that accused Aaftab not only burnt Shraddha's photo but also all evidence related to her besides all the household items connected with her that were transported from Vasai to Delhi.

"They had transported all necessary things at the time of moving to Delhi in March, but after the murder in May, Aaftab prepared a list of 37 items and brought them from Vasai to fabricate a whole new story. What happened to those items will also be investigated," the police added.

Earlier on Monday, the Delhi Police team visited Vasai in Maharashtra and recorded statements of 11 people in connection with the murder, sources said.

Delhi Police have summoned many people including friends and relatives of Shraddha and Aftab in connection to the case and their statements were being recorded, said sources.

The accused, Aftab, lived with Shraddha in three apartments including the Kenny Apartment, Regal Apartment, and White Hills Apartment in different areas of Mumbai, sources said.

A team of Delhi Police is camping in Maharashtra's Vasai area since Friday to probe the murder case, in which Shraddha Walkar's live-in partner Aftab Amin Poonawala had allegedly strangulated her to death and chopped her body into 35 pieces before dumping it in the Chhatarpur area of the national capital.

Earlier on Saturday, the police team recorded statements of Shraddha's best friend Shivani Mhatre and Karan Behri, former manager of Shraddha. Sources said Delhi Police will also use the WhatsApp chats of Shivani Mhatre and Karan Behri as evidence. Delhi Police has so far recorded the statement of a total of six people in this case including Shraddha's close friend Laxman Nadar and Rahul Godwin, the owner of the flat where Shraddha and Aaftab used to live before micing to Delhi.

Aaftab and Shraddha met on a dating site and later moved in together at a rented accommodation in Chhatarpur. Delhi police received a complaint from Shraddha's father and registered an FIR on November 10.

Delhi Police interrogation revealed that Aaftab Poonawala killed Shraddha on May 18 and later started planning for disposing of her body. He told police that he had read about human anatomy so that it could help him in chopping off the body.

Police said that Aaftab, after searching on shopping mode Google, cleaned blood stained from the floor with some chemicals and disposed of stained clothes. He shifted the body in the bathroom and bought a refrigerator from a nearby shop. Later, he chopped the body into small pieces and put them in the fridge.