Assam: Over 400 Kg of ganja seized from a truck in Karimganj, driver absconding 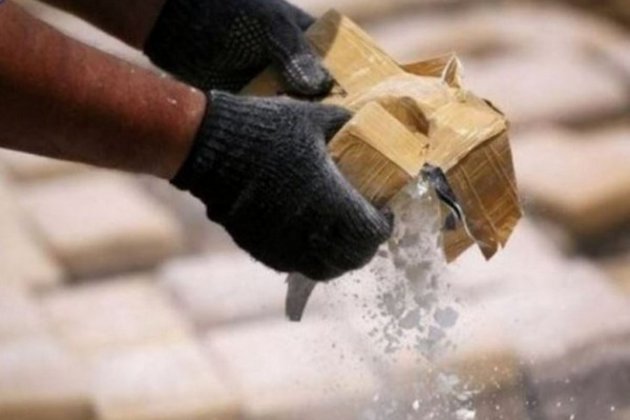 Karimganj (Assam) [India], November 22 (ANI): In a major drug haul, Assam police recovered over four quintals of 'ganja' (cannabis) from a truck at the Churaibari area along the Assam-Tripura border on Monday night, the police said on Tuesday.

The truck's driver and cleaner managed to flee from the spot before the vehicle was intercepted by the police in Assam's Karimganj district.

"Police seized a total of 410-kilogram ganja worth Rs 41 lakh from the truck coming from Tripura side at Churaibari area during checking," Churaibari police watch post incharge Niranjan Das said.

The recovered ganja was kept hidden inside the truck, he added.

Further investigation was on to establish the identity of the accused.

The truck was also seized and the police are trying to find out the owner of the truck after verifying its registration number from the transport authorities to arrest the accused after identifying them.

An FIR was registered under relevant sections of the Narcotic Drugs and Psychotropic Substances Act (NDPS) Act, he added.

Earlier on September 23, Assam Police recovered and seized 270 packets weighing 1,483 kg of ganja from a vehicle at the Gossaigaon Police Station area in Kokrajhar district and also arrested the accused. (ANI)