Ministry of Railways showcasing its achievements, progress with theme of 'Ayodhya Railway Station' at IITF pavilion 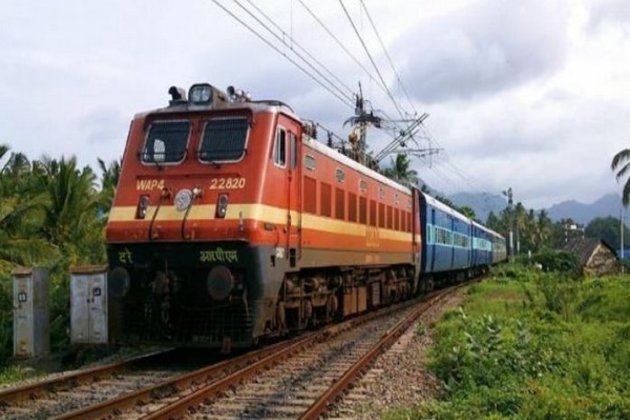 New Delhi [India], November 22 (ANI): The Ministry of Railways is participating in the 41st India International Trade Fair (IITF) - 2022 being organised from November 14 to 27, 2022 at Pragati Maidan, New Delhi.

The Ministry has set up a pavilion in Hall no. 5 with the theme of 'Ayodhya Railway Station'.

Many facets of Indian Railways have been highlighted, where various themes have been displayed with their technologicalstructural advances through photos, translites, models, etc.

The Railway pavilion boasts the grandeur of the new look of Ayodhya Railway Station in Uttar Pradesh, a sports gallery exhibiting various awards triumphed by the Railway sportspersons, the outer fascia depicting the journey from steam engine era to Vande Bharat and heading towards bullet train, side walls based on theme of 'Azadi Ki Rail Gadi aur Stations' showcasing the connect between Freedom Struggle and Indian Railways.

In the Railway pavilion, one can find something of interest for every age group. Interactive console based screens displaying Station Redevelopment videos, Flipbook to learn more about Indian Railways and an interactive quiz with attractive prizes aimed to be educational, informative and fun will keep children entertained.

A visit to the Railway Pavilion at IITF 2022 would be informative and will make visitors aware of the new initiatives being undertaken and also bring into focus the progress of Indian Railways.

Each visit can be made memorable by clicking pictures at the special selfie booth 'I am at Railway Pavilion'. (ANI)