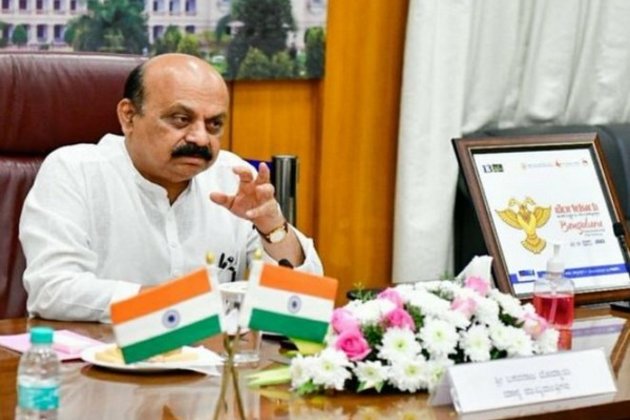 Chitradurga (Karnataka) [India], November 23 (ANI): Karnataka Chief Minister Basavaraj Bommai on Tuesday said that the state government released Rs 738 crore grant for the desilting of Vani Vilas Sagara canals and its modernisation in order to help farmers of this region.

Speaking at the inauguration of the Bharatiya Janata Party's (BJP) Jan Sankalp Yatra here, Bommai said Rs 20 crore has been reserved for the maintenance of Vani Vilas Sagar Dam, and also initiated steps to strengthen it further. This reservoir is a tourist place and the government will give permission to create a garden here. Orders will be issued to permanently ensure 5 tmc ft of water under Upper Bhadra scheme, he said.

Bommai said the people of this region agitated for 580 days in 2007 and 2008 seeking the implementation of the Upper Bhadra project but it was neglected by the previous governments.

Bommai said former chief minister BS Yediyurappa got the project approved and started a tender process. The incumbent government has fulfilled the promise of providing water to the district people from the Upper Bhadra project and Vani Vilasa Sagara reservoir.

He said the State is blessed with rich natural resources and dedicated leadership is required to take the state on the path of progress.

"Our government has worked out development plans worth Rs 500 crore for this region. Under UGD scheme, Rs 208 crore is fixed of which Rs 104 crore has been sanctioned for the first stage of works," Chief Minister Bommai said.

He said the government is committed to developing Hiriyur taluk and providing irrigation facilities to all taluks in the district. The drip irrigation scheme has been given top priority and irrigation facilities will be provided to one lakh hectares. This region has the Indian Space Research Organisation (ISRO) and the Indian Institutes of Technology (IIT). ISRO has initiated steps to experiment with landing the reusable rockets in Challakere unit.

Bommai said a place has been identified to establish an industrial township on 1,000 acres in Chitradurga and the work on this will start in January next year. This project he said will change the district's economy as well as provide employment to youths. The government is providing grants for the Tumkur-Davangere Rail project via Chitradurga and the foundation stone will be laid before March next year. (ANI)